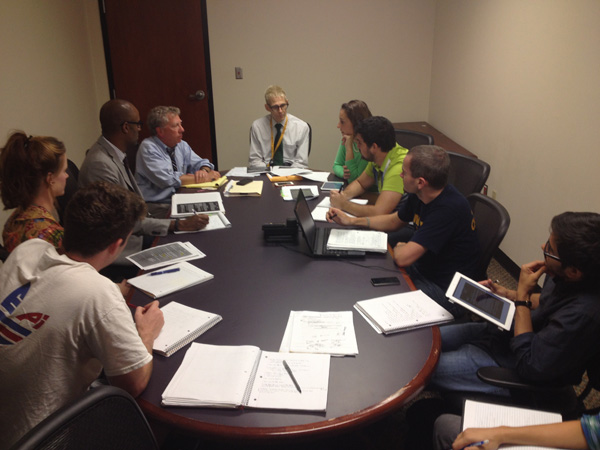 We begin by thanking the generous and patient Dr. Allen Tullos and Wayne Morse of the Emory Center for Digital Scholarship. We are up and running because they, with the support from the Andrew W. Mellon Foundation, made it possible for us to work with Erin Hecht and Eleanor Dickson to build the site, to deploy students outside of class time to pursue the stories, and to engage graduate students in helping us with the class  and with editing. Similarly, the Center for Faculty Development and Excellence has twice awarded us Fund for Innovative Teaching grants that allowed us to take research trips inside Georgia, to purchase documents and photographs, and to tap a professional editor when necessary. Our students’ research was aided immensely by the tutorials they received from Woodruff librarians Erica Bruchko and Jennifer Elder, who frequently made themselves available to students; Emory Law librarian Thomas Sneed; MARBL’s curator of modern political and historical collections, Randy Gue; and MARBL’s  curator of African-American collections, Pellom McDaniels III, who is also a professor of African-American Studies.

Dr. Mark Allen Edgar, a pathologist at Emory University Hospital – Midtown, has twice met with our students and patiently interpreted complex medical terminology in records the students discovered in our cases; with his help, students have explored whether victims of violence were also subjected to medical neglect. When we started this project in Spring 2011, David Armstrong, then an Emory Journalism professor who specializes in teaching investigative reporting, provided invaluable time and skills. Prof. Armstrong, who now runs the Georgia News Lab that develops student-run investigative news projects in partnership with the journalism programs at Georgia State University, Morehouse College, the University of Georgia and Clark Atlanta University, provided the tools we needed to help us locate people who otherwise were just names in 50-year old FBI files. We are also grateful to Rev. Ezekiel Holley, head of the Terrell County branch of the NAACP, for his help.

Early in the formation of this project, Georgia Bureau of Investigation (GBI) Director Vernon Keenan said he would make all GBI records available to us for all cases except the 1946 killings of the Dorsey and Malcom couples at Moore’s Ford, which remains an open case. Over the decades, as GBI evolved from a division of the state public safety department into its own department, many records apparently have been moved, displaced, perhaps removed by agents, and lost. We are grateful to Director Keenan and Lisa Harris, the GBI agent to whom he assigned our records requests, for those she was able to locate. 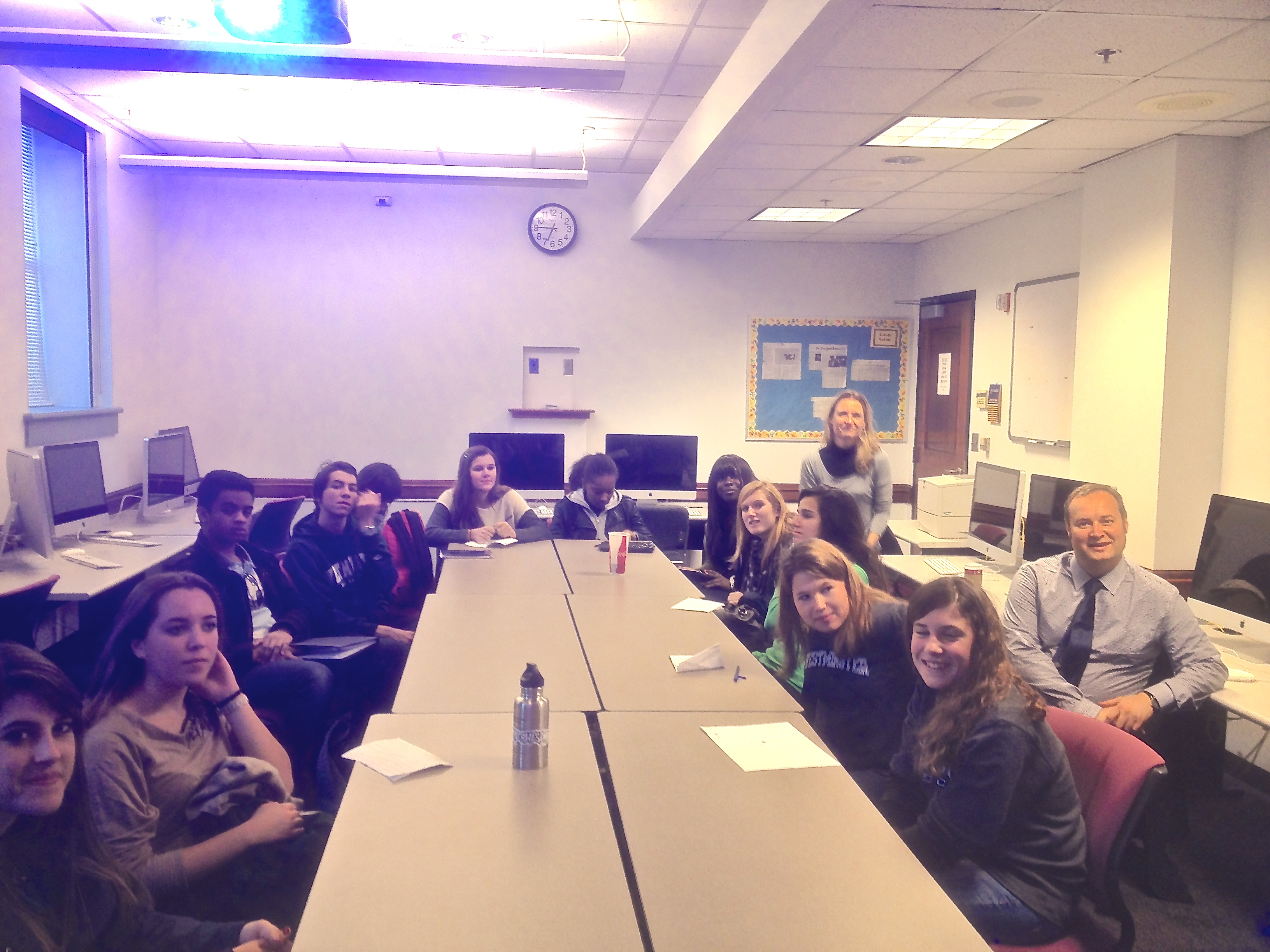 Students from Le Gymnase Jean Sturm in Strasbourg, France, with teachers Damien Reinhardt and Cathy Liria.Fall 2012. These and a later class from the school raised more than $2,000 for the Emory project.

One of the most surprising and gratifying rewards of this project came when Emory alumna Becky McKnight of The Westminster Schools in Atlanta brought teachers Damien Reinhardt and Cathy Liria of Le Gymnase Jean Sturm in Strasbourg, France, and three successive sets of their high school students to visit Emory. The students come to the U.S. each year to learn more about American civil rights history.  Upon seeing presentations about our project, the students decided they wanted to participate in our efforts – and have done so by holding fundraisers that produced incredible financial contributions to our efforts.

These explorations are most challenging for the families of victims. They are asked to confront the darkest passages of their family history and to read and accept raw truths and often-gruesome details they had not known decades ago. Local law enforcement and prosecutors ignored most of these murders, and even the most assiduous FBI agents did not make it a practice to routinely inform the victims’ families of their findings. By gathering up thousands of pages of documents, our students frequently know more about how the victims were killed than the victims’ relatives. In this and similar projects, we have found that some families want to join as partners in investigating the past, some want to know a little, and some want nothing to do with it. We are thankful to those members of James Brazier’s family — a sister and his two daughters — who spent time with us, shared memories and photographs of James and Hattie Brazer, and painfully recalled the horrific days leading up to his death. Our deepest gratitude goes to the Brazier family and any other families who assist our understanding. 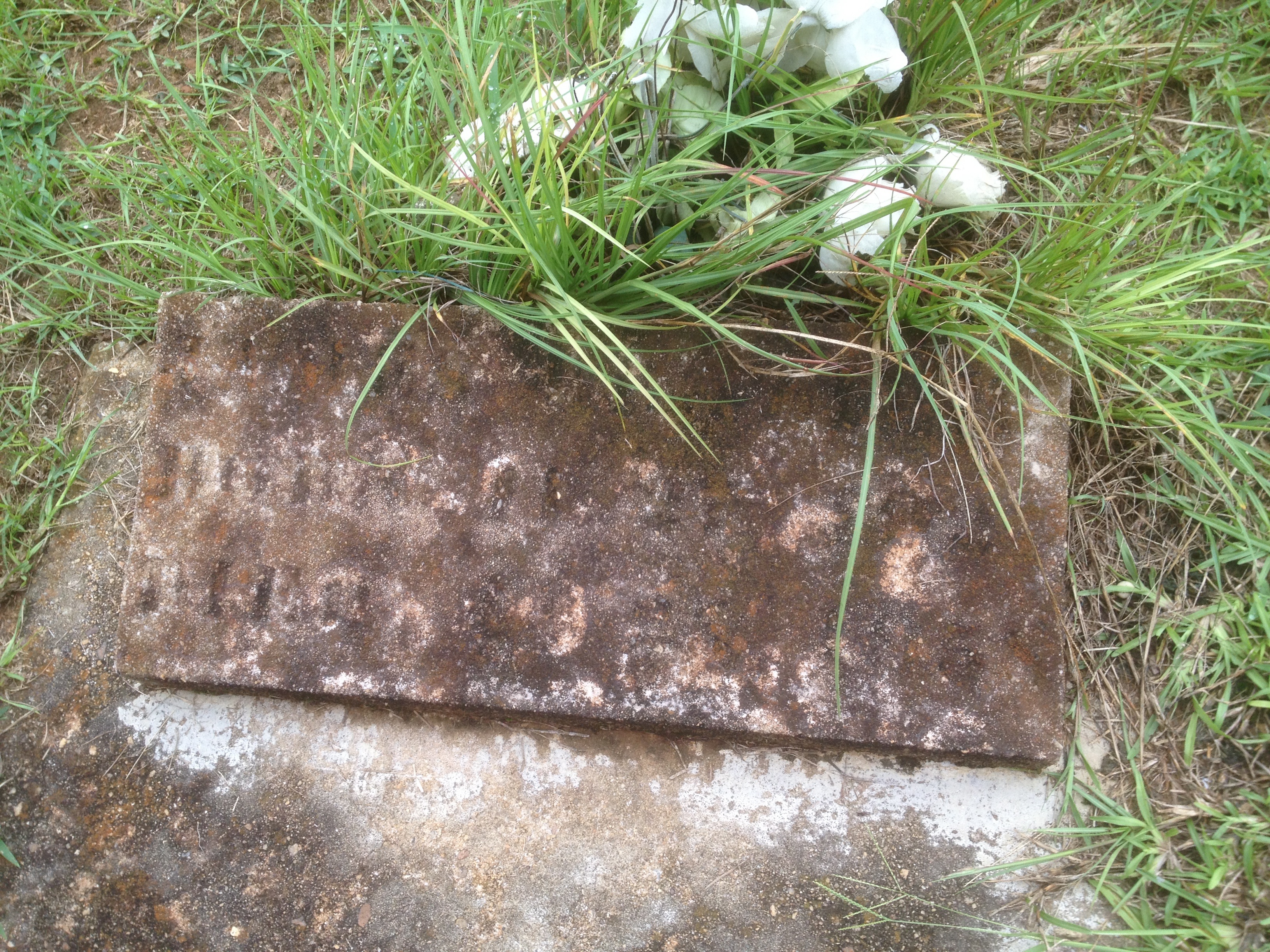 James Brazier’s two daughters took us to see their father’s gravesite on an overcast, rainy summer day. His headstone is so time- and weather-worn we would not have known that was his burial place. That indecipherable headstone has become a motivating metaphor for our project as we charge the students at the beginning of each semester: We cannot bring James Brazier or any of these victims back to life, but we can uncover the truth and explain the circumstances of their brutal and unjustified deaths. In doing so, we can ensure that they are not mere ciphers lost to history, not just nameless, faceless, invisible people in a killing field. We can learn, interpret and give life — and historical context and meaning — to their important stories. The stories of who they were are the stories of who we are.