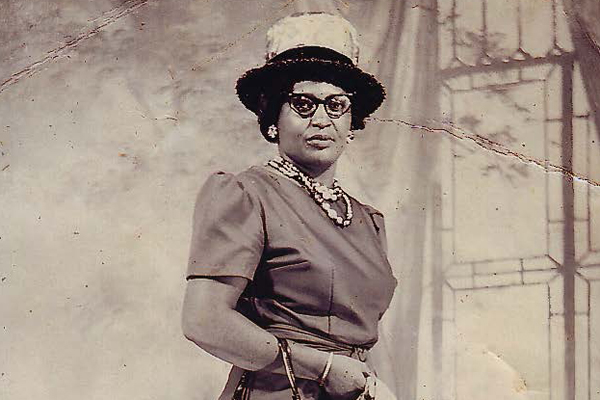 “Bubba, why don’t you go on and get in the car,” were the words that Hattie Bell Brazier uttered to futilely urge her husband to comply with the two City of Dawson police officers W.B. Cherry and Randolph McDonald.[1] As the officers handcuffed James Brazier and whisked him away to the Dawson County Jail, Hattie Brazier encountered the harshness of the white justice system. It would not be her last encounter. Nearly three years after witnessing her husband being brutalized by the local police officers, Hattie Brazier made the decision to file a civil lawsuit in the hopes of receiving up to $170,000 in damages for her husband’s death. In the Jim Crow era, black women were doubly burdened by the racist nature of institutions at the time and the patriarchal notions of women’s place in society in relation to men’s. Her case is a rare one in which a black woman attempted to receive damages against white police officers on behalf of her husband before an all-white court. In a society that treated black women so poorly and in a justice system that rarely ruled on the side of African Americans, Hattie Brazier’s decision to file a civil suit against her husband’s attackers was courageous.

In the Jim Crow era, black Americans faced a number of biases and barriers in the criminal justice system. Jury selection was often discriminatory against African Americans. Black plaintiffs and defendants most often faced all-white juries. The jury in Hattie Brazier’s suit, for instance, was composed of twelve white men.[2] Though black people had sat on jury panels in Dawson, Georgia, prior to Brazier’s suit, it occurred rarely.[3] In his pioneering study of race relations, An American Dilemma, Gunnar Myrdal argues that racial prejudice manifested itself prominently in local courts because the jury was often made up of men with limited education.[4] The Supreme Court’s decision in 1935 to overturn the convictions of the Scottsboro boys because African Americans were excluded from sitting on juries finally brought blacks on juries.[5] However, this decision did not prohibit white lawyers and judges from excusing black jurors for arbitrary reasons. It was not until the Supreme Court’s 1986 decision in Batson v. Kentucky that jurors could no longer be excluded on the basis of their race.[6].

Black witnesses also faced discrimination and maltreatment. In court, juries and other court officials most often privileged a white person’s testimony against that of a black person. Gunnar Myrdal describes the phenomenon of “white solidarity” among white court officials and, more specifically, jury members.[7] That is, in instances in which black plaintiffs attempted to “vindicate their rights against white people,” juries were likely to vote in white solidarity to avoid outcomes that would be “dangerous for the social order.”[8] This was perhaps the case in Hattie Brazier’s suit, when the jury took just two hours to decide the verdict.[9] Black viewers at the trial described civil rights attorney Donald Hollowell as presenting the case expertly and claimed, had they been on the jury, the verdict of the case would have gone in Hattie Brazier’s favor.[10] However, discrimination prevented African Americans from having their perspectives acknowledged and appreciated as jurors and witnesses.

Hattie Brazier faced not only racial discrimination; she also faced hardships due to her gender. The double bias against black women in the justice system becomes apparent when examining the ways in which courts have historically interpreted the claims of black female plaintiffs in other types of civil cases. For example, the outcomes of several Title VII cases (involving workplace discrimination) filed during the 1960s and 1970s demonstrate that courts did not recognize the ways in which black women were distinctly discriminated against because of their gender and race.[11] As critical race theorist Kimberlé Crenshaw explains, the space in the intersection of race and sex that black women inhabited was recognized by the law “only to the extent that their experiences coincide with those of either [white women or black men].”[12] Crenshaw argues that the ways in which black women were discriminated against in the justice system overlapped with that of white women and black men, but black women faced a “double-discrimination” not accounted for in customary legal practices.[13]

The black women’s double-discrimination in the justice system was also evident in criminal cases, such as those involving the rape of black women by white men. The conviction of a white man for the rape of a black woman was “virtually unthinkable” as recently as the 1980s.[14] Nevertheless, a major turning point occurred in 1959 when Betty Jean Owens, a young black coed from Tallahassee, Florida, testified against the four white men who raped her. Her testimony “broke the institutional silence surrounding the centuries-long history of white men’s sexual violation of black women.”[15] Owens’ testimony resulted in the conviction and imprisonment of her white assailants, a rare instance of justice in the Jim Crow South. Nonetheless, Hattie Brazier did not have the success of Betty Jean Owens. Brazier’s role in her own lawsuit was distinct because she was attempting to gain vindication for her husband rather than herself. While Owens was able to overcome the adverse impact of her identity as a black woman, perhaps due to the brutal and personal nature of her attack, the double-discrimination Hattie Brazier faced as a black women undermined her chance to get justice for her husband.

Black women were also severely underrepresented in other parts of the justice system. In the United States, there were only a handful of black female attorneys during the Jim Crow era. In 1958, the year of James Brazier’s murder, only 6,350 of the total 252,320 lawyers in the United States were women, according to the American Bar Association.[16]  By 1970, the number had grown to 12,000, but only 446 were black female lawyers.[17] These statistics indicated that there was little black female representation within the justice system, particularly in positions of power. The legal interests of black women, then, were poorly represented in the institutional justice system. Moreover, because black female attorneys were more likely to set up law practices in areas where black men already had successful practices, black female lawyers were most prevalent in areas of the country were segregation and discrimination were less pronounced.[18] Thus, black women were not likely to practice law in areas where black females would be the most disadvantaged by discrimination within the justice system. Consequently, women like Hattie Brazier in regions that were steeped in Jim Crow ideology were fighting an uphill battle with little support from within the system.

After her defeat in court, Hattie Brazier lamented, “[This case] has exposed the way police in this part of Georgia operate and what they can do without being punished.”[19] Indeed, the case also demonstrated the way the justice system operated against black women, who were underrepresented in every part of the criminal justice system. Nonetheless, Hattie Brazier’s role in this cold case is a profile in courage. She represents a pioneering category of women who provided momentous testimony that laid the groundwork for a tradition of black female political action.[20]