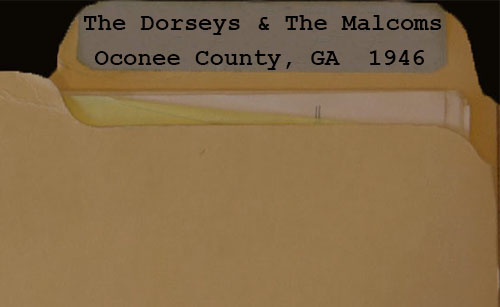 The infamous killing of the Malcoms and the Dorseys, two couples, later became known as the “Monroe Massacre” or the “Lynching at Moore’s Ford Bridge.” The two couples were sharecroppers on the farm of J. Loy Harrison. Harrison drove a pregnant Dorothy Malcom and the Dorseys to pick up Roger Malcom from jail, where he had been serving time for stabbing a white farmer. On their drive back, a group of 15 to 20 white men stopped the truck. The gang tied all four men and women to an oak tree and fired an estimated 60 bullets into them. The killings spurred national outrage and even action, as President Truman created the President’s Commission on Civil Rights and attempted to pass anti-lynching legislation. No one was ever tried for the crime.