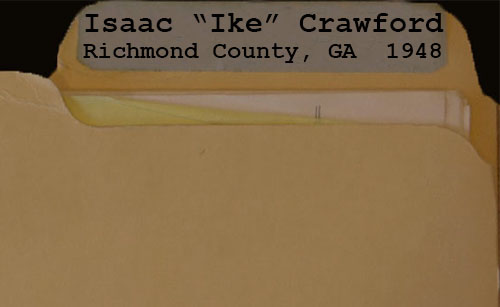 A month before his death on May 21, 1948, Isaac Crawford of Augusta had been arrested for public drunkenness. He was sentenced to laboring in ditches at the Richmond County Stockade. While working in a ditch, he spotted a rattlesnake and asked Stockade Warden David Turner to kill it. Turner refused to kill the snake, and when Crawford hesitated to return to the ditch, Turner began beating the prisoner with a stick. When that broke, Turner began using a rubber hose until Crawford’s face and body were swollen and virtually unrecognizable. Turner was ultimately charged with nine counts of assault and battery, but a grand jury refused to indict him for homicide. Turner was punished for Crawford’s death with a $50 fine and six months of parole.