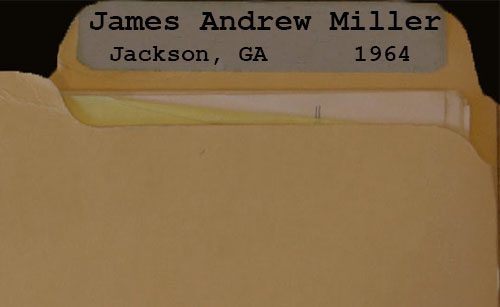 James Andrew Miller, 19, was shot and killed by John Lo Whitaker, 44, on Aug. 30, 1964, following a confrontation that occurred during overnight racial tensions in Jackson, Butts County. The day before, some whites had beaten Miller, the Jackson Progress-Argus reported at the time. On Aug. 30, whites blockaded an intersection and blacks, including Miller, raced to the scene of the blockade. Whites reported that Miller and other blacks attacked a car that a white family was driving. Whitaker, in another car, claimed he shot Miller twice when Miller attempted to open his truck door.  Within a few hours, a Butts County coroner’s jury was convened and ruled that Whitaker, described by the newspaper as “a widely known resident of Jenkinsburg,” was justified in killing Miller.