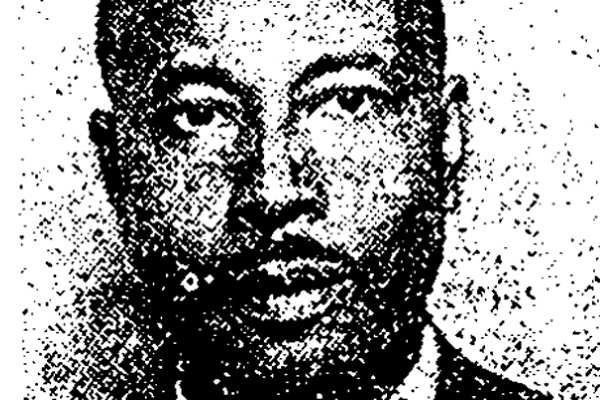 In the hands of Reverend Amos O. Holmes was a letter, one that had been passed along a line of trusted individuals until arriving in the office of the Terrell County Branch of the NAACP in Dawson. The letter was written by Mary Carolyn Clyde, a female prisoner in the Terrell County jail in Dawson, who out of fear had declined to give FBI officials a proper account of what she witnessed in the late night and early morning hours of April 20 and April 21, 1958. Clyde wrote that she had been awake and watching when Terrell County police officers removed James Brazier from his cell, and when they returned him, unconscious, a few hours later. [1]

Clyde identified several individuals: Officer Weyman B. Cherry, Officer Randolph McDonald, Sheriff Z.T. Mathews, trusty Eugene Magwood, and others.[2] Yet the FBI, even after interviewing Clyde, knew none of this information. She had been threatened by police and was aware of eavesdroppers in the jail, so she had kept her silence. But now, in her letter to Holmes, the newly appointed Georgia NAACP field secretary, Clyde chose to break her silence.[3] “To me,” Holmes wrote to attorney Robert L. Carter, the NAACP general counsel[4], “the Dawson case is the kind we need to win to build morale in Georgia.”[5] What had the potential to be a case with rich eyewitness testimony – a morale builder as Holmes calls it – instead gave way to intimidated, hostile, and dead witnesses, and a failure to convict guilty parties. [6]

Holmes, a Georgia native, was no stranger to the NAACP when he applied for the position of field secretary in Georgia — the same position that Medgar Evers held at the same time in Mississippi. Holmes had been involved in the labor movement in Savannah and in efforts to force open primary elections to black voters in several counties. He had also served as president of the Mississippi State Conference of NAACP Branches in 1953.[7] So when Holmes applied for and was offered the position by Roy Wilkins, executive director of the NAACP, on May 22, 1958, it was yet another capacity through which he could continue to serve the organization. [8]

When Ruby Hurley, the NAACP’s regional secretary, handed the Brazier case to Holmes only a month after he took the job, Holmes knew the troubled landscape. Nowhere in Georgia was racial hierarchy sustained with more resistance to civil rights than in the rural, southwest region. In the southwest, “the stepchild of the New South,” instances of racial violence were most often carried out by law enforcement.[9] Holmes quickly came to believe that no branch of the NAACP in the state of Georgia had “undergone more pressure, more abuse, in an atmosphere of greater tension than the Dawson branch.”[10]

Much of that pressure came from the challenges of the James Brazier case. Holmes travelled to Americus and Dawson on three separate occasions to meet with Hattie Bell Brazier, Nettie Cate, J.H. Reynolds, and Reverend John B. Hillsman.[11] In a signed statement to the FBI on July 29, 1958, Holmes reported all he had learned throughout the course of his own investigation: That Mary Carolyn Clyde witnessed the removal and return of James Brazier to his cell; that Eugene Magwood, the black inmate anointed trusty by the sheriff, had privileges, including sexual opportunities with unwilling women inmates within the jail; and that Frank Hunter, a night watchman at a local cotton gin, supposedly had witnessed the beating of Brazier but had recanted his statement.[12]  Despite the potential wealth of incriminating eyewitness accounts, no state or federal criminal charges were ever brought against Dawson police officers.[13]

Even when Holmes’s job did not involve such sensitive investigations, the job of field secretary was demanding and dangerous. Described by Roy Wilkins as a job of “ingenuity, patience and unending effort,” a field secretary’s duties continued beyond a normal workday.[14] Almost every day in Holmes’s tenure was spent traveling around the state promoting membership campaigns, investigating civil rights violations, and implementing an array of other initiatives to dismantle Jim Crow.[15] In one month alone, Amos O. Holmes had attended 16 different speaking engagements, voter registration drives, meetings, and criminal trials.[16]

Each of those detailed, local tasks, and many more, supported the longstanding mission of the national organization. The National Association for the Advancement of Colored People was founded in 1909 in outrage against racial violence in America.[17] By the turn of the twentieth century, racial inequality shifted from local custom to established law with Supreme Court case Plessy v. Ferguson, and the advent of “separate but equal.” Beyond words on paper, this structural system of inequality continued to be enforced through the rules of racial etiquette, unspoken guidelines governing the interactions between whites and blacks.[18] Created by a group of African Americans and liberal whites, the NAACP sought to defy the status quo in America by exposing and vigorously campaigning against racial prejudice and discrimination.[19]

As a civil rights organization, the NAACP was a constant target of white resisters in the South. Georgia Attorney General Eugene Cook, in a widely reprinted and distributed 1955 speech to the Peace Officers Association in Georgia, accused the NAACP of being communist-led and “un-American,” and said it was his intent to “totally disrobe the NAACP and to present this sinister and subtle organization in all its nakedness.”[20]   In addition to the verbal lashings of ardent segregationists, opposition to civil rights commonly extended to physical violence. Consider D.U. Pullum, president of the Terrell County Branch of the NAACP, and Medgar Evers, the first full time field secretary in Mississippi. Two white men robbed and beat Pullum in 1959[21], and a sniper shot and killed Evers outside of his home in Jackson, Mississippi in 1963. [22]

Nevertheless, Holmes advanced the agenda of the NAACP, understanding that, “nothing should ever alienate our affections from the NAACP that has meant so much to us.”[23]  To increase the morale of members and staff, for instance, he appealed to the Brunswick Branch of the NAACP to, “build up zeal!” in August of 1958,[24] and in September, he addressed declining membership in Georgia NAACP chapters.[25]

The admiration Holmes initially held for the “highly efficient regional staff,” [26] was soon replaced with frustration as Holmes described himself as a “floundering ship in a storm.”[27] The problems Holmes dealt with are best summarized in the following statement from his 1959 Annual Report: “Every achievement in Georgia has been paid for twice – in hard work by the NAACP staff and branch leaders, and in personal besetments which have taxed the physical and emotional health of the Field Secretary.”[28]

Undoubtedly the most jarring event in a year of highs and lows was the death of his first born son, Amos Owens Holmes, Jr. on August 5, 1959.[29] The 14-year-old and another boy were riding a bike when an automobile crashed into them, killing them.[30] Prior to the incident Holmes had indicated how the stresses of his job were negatively impacting his health.[31] Gloster B. Current, Director of Branches, sent the following words of comfort to Holmes:

There are times in any work when we become a little depressed. Our job in the NAACP is one which too infrequently does not give the worker the type of satisfaction he requires. I know that you will keep your faith high and, realizing the importance of the work, will continue to carry on as best you can.[32]

Carry on he did, as did the problems in his personal life, Terrell County, and the NAACP.

But by November, everything had failed to meet Holmes’s expectations.[34]

On December 28, 1959, all of the problems Holmes had been facing became evident in a memorandum from Ruby Hurley to Gloster Current, the NAACP’s director of branches. Hurley’s frustration boiled over after Holmes wrote a letter directly to Executive Secretary Roy Wilkins airing grievances about reimbursements and clerical assistance, and threatening to leave the NAACP.[35] In her letter to Current, Hurley expressed growing impatience with Holmes’s complaints, stating “…none of us has everything that we want or when we want it in the Association, or anywhere else…this work is one of personal sacrifice one way or another for each of us who is sincerely concerned with the ‘cause.’”[36]

Tensions between Holmes and the national office appeared to subside, and in the following year’s correspondence, it was business as usual for the civil rights organization. Holmes continued to productively work for the NAACP, delving into projects like the desegregation of Atlanta public schools[37] and sit-in demonstrations.[38]

In the summer of 1961, Holmes resigned from his position as Georgia field secretary to become the pastor of Centenary Methodist Church in Atlanta[39] and to devote more time to his family.[40] He had covered an estimated 180,000 miles on Georgia’s roads in three years.[41] Despite the tumultuous moments in his tenure, the contributions he made to the NAACP in the midst of many emotional roller coasters did not go unnoticed; as he left the organization, Holmes harbored no hostility toward the NAACP:

“My work with the Association during the past three years has been a thrilling challenge. I must also admit that it has tested the best of which I am capable. Despite my personal problems and work in the ministry, nevertheless, I am proud to have been on the team for freedom. Enough has been started in Georgia to promise a glorious future for freedom. You may still count on my voluntary interest and work in as many ways as possible.”[42]