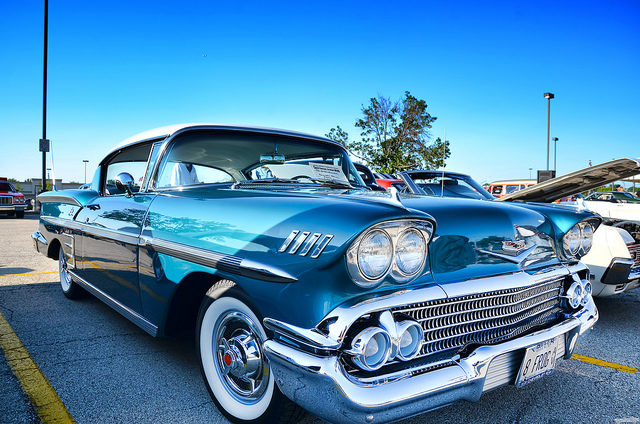 Taking the Wheel: Consumerism and the Consequences of Black Automobile Ownership in the Jim Crow South

After 31-year-old James Brazier left his church that April Sunday and started the ignition of his 1958 Chevrolet Impala, he and his family would never be the same. Even before those fateful events, the Braziers were targets for white violence. Living in the Jim Crow South, whites used economic coercion as a tool to suppress blacks. “For a great many whites,” historian James Cobb explained, “maintaining their racial supremacy was also a simple but seldom acknowledged matter of dollars and cents.”[1]

Southern whites established and participated in a racially hierarchical system in which they held manufacturing and skilled jobs while relegating black workers to arduous and unskilled jobs. In Terrell County in 1949, the median annual income for white families was $4,300, while the black median family income was $1,300.[2] (Both of these lagged considerably behind the national median of $5,600.) Though whites monopolized the economy, there were a few families, like the Braziers, who did not fall under the economic restraints of the Jim Crow South. James Brazier, a service station attendant at Stevens Chevrolet Co., worked two or three jobs in order to maintain a middle-class status in Dawson County.

The Braziers’ economic success led them to do what few black families could afford to do—they owned cars. As historian Jennifer Ritterhouse explained, “Cars, however, were merely a potent new signifier in the decades-old game of domination and subordination — a deadly ‘zero-sum game,’ to use Jane Dailey’s term.”[3] Owning not one but two late model Chevrolets, the Brazier family violated Jim Crow etiquette and became the targets of police harassment. Whether or not the Braziers bought their cars in a conscious attempt to defy the Jim Crow code, the accumulation of records and information gathered about the Brazier case by the FBI, the NAACP, and the U.S. Civil Rights Commission leaves little doubt that the Braziers’ consumer participation in living the American dream made them casualties of Jim Crow violence. 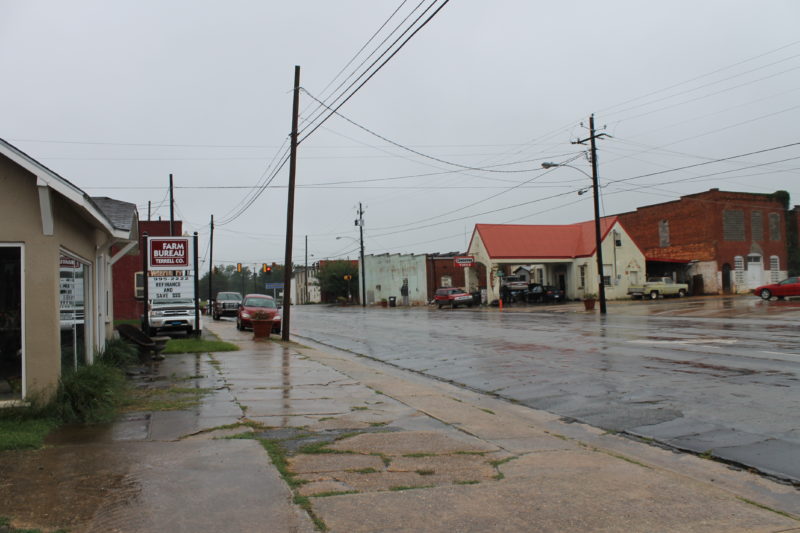 Though whites controlled the economy, the Braziers, and other economically successful blacks, were beginning to emerge as major consumers in the mid-twentieth century. By 1943, Sales Management, a business magazine, estimated that of the $10.29 billion of total American black income, blacks were spending $3.23 billion on products such as food, clothing, tobacco and cars.[4] Referred to as the “Golden Age for Automobiles,” the 1950s was one of the best decades for car companies. Celebrated in songs and endorsed by celebrities, cars became one of the first signs of “making it” in American culture. “The family car was more than transportation,” argued history professor and author John Heitman. “It was part of the family, and like children in the family, nurtured and cherished.”[5]

While cars served as a “status on wheels” for many Americans, cars symbolized something much deeper for black Americans.[6]  As with segregated department stores and restaurants, whites had used transportation inequality as a way to demonstrate their superiority over blacks. Things changed with the automobile. Black Americans viewed cars as a liberating device that offered them a great sense of autonomy. Those who could afford a car jumped at the chance to remove themselves from white harassment on public transportation. In the 1949 Ebony article, “Why Negroes Buy Cadillacs,” John S. Johnson wrote,

“The fact is that basically a Cadillac is an instrument of aggression,

of his belief in his ability to match the best of white men. It is the

acme of dignity and stature in the white man’s world.”[7]

As a middle-class American and homeowner, James Brazier could have easily been a part of this growing mentality. It is no surprise that Brazier bought cars, both for ease of transportation and to prove that he and his family were indeed “making it.”

As blacks associated car ownership with equality, southern whites feared that blacks would challenge their authority and cease to remain “in their place.” Consequently, as blacks increased their car ownership, whites intensified their level of harassment toward blacks. With the expansion of black consumerism and car ownership, black drivers endured white aggression on various levels. Mamie Gavin Fields, a black woman living in the Jim Crow South explained years later in her memoir, “Just generally, if you were black, you were not supposed to have either time or money, and if you did, you ought not to show it.”[8]

Serving as the guardians of Jim Crow laws, police officers positioned themselves as the vanguard for black harassment. In An American Dilemma, Gunnar Myrdal wrote that police officers were “the executors of the public will in the locality and are backed by the courts.”[9] In the 1920s, Odell Brazier was arrested for cutting another person with a knife. In the 1950s, he was arrested for drinking in a dry county. In November of 1957, five months before the arrest that would lead to James Brazier’s death, Officer Randolph McDonald arrested James Brazier for speeding. Hattie Brazier recounted that when McDonald made the arrest, he hit her husband on the head and told him, “You is the nigger who is buying a new car and we can’t hardly live. I’ll get you yet.” She added that McDonald told her not to mention the incident or he would “stomp your damn brains out.”[10]

Despite their level of power, local law enforcement was considered a low-level job in white society. In a study he conducted as a contribution to Myrdal’s An American Dilemma, sociologist Arthur Raper wrote, “Almost anyone on the outside of the penitentiary who weighs enough and is not blind or crippled can be considered a police candidate.”[11] In 1962, Officer Cherry stated that he earned $200 a month as a police officer and owned a 1957 Mercury.[12] At the time he was killed, James Brazier owned a new 1958 Chevrolet Impala while his father drove a 1956 green and white Chevrolet. Officers Cherry and McDonald realized that if they could not compete with the Braziers economically, they would win the battle over power through violence.

Throughout their depositions and FBI statements, the officers insisted that the actions taken against James and Odell Brazier in their 1958 arrests were warranted. In FBI statements, McDonald claimed that Odell Brazier resisted arrest and he was forced to strike him across the face. When the officers came to arrest James Brazier, they stated that James Brazier resisted arrest and that Officer Cherry struck James Brazier repeatedly in order for him to comply. In using excessive force throughout the arrest, Cherry and McDonald demonstrated their need to establish their dominance against the Braziers and put them “in their place.” Sheriff Z.T. (Zeke) Mathews shared their sentiment arguing, “There isn’t a nigger in Georgia who wouldn’t take over if he could. They want all the power.”[13] Despite Sheriff Mathews’s belief in a black conspiracy, there is no indication the Braziers purposely antagonized police officers or flagrantly boasted about their economic status. James and Odell Brazier were simply men driving home from church on a Sunday afternoon. And in the Jim Crow South, driving a car was all it took for southern whites to sense a threat to their power.