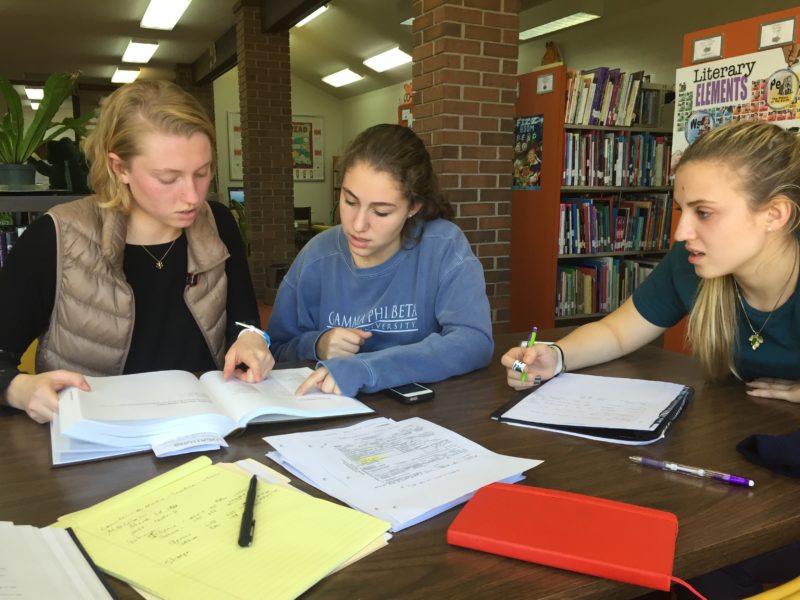 The Search for Isaiah Nixon

The Georgia Civil Rights Cold Cases Project opened its fall 2015 semester with C-SPAN in the classroom, taping the class for its American History TV series, which you can find here.

The project ended the semester with a Wall Street Journal article explaining how students in the class discovered the long-lost gravesite of a Georgia man, Isaiah Nixon, who was killed in 1948 because he voted. That’s here.

I’ll get to that discovery in a minute. But first I want to say that the most impressive part of last semester – and all of the semesters so far – is not what the students discovered but what they learned. In between those important bookends of C-SPAN and the Wall Street Journal this past fall, Emory students did some remarkable historical excavations. Prof. Brett Gadsden and I handed them 235 pages of FBI documents about the Isaiah Nixon case, his death certificate, and, with help from Woodruff librarians Erica Bruchko and Jennifer Elder, some ideas about available resources.

The students, in the manner of classes before them, did the rest. Ultimately, we received historically-grounded and revealing student papers – told through the Isaiah Nixon narrative — on Georgia’s bitter defiance of the U.S. Supreme Court decision striking down the whites-only Democratic primary elections; on the enduring reality of all-white juries in the state long after the high court had ruled them unconstitutional; on the culture of racial violence inflicted for political purposes in Georgia; on the contrasting news coverage of the Isaiah Nixon case by the white press and the black press; on the tensions between federal and local law enforcement authorities in trying to tackle, or avoid, prosecuting these cases – and ultimately failing to achieve justice; and on the NAACP’s influence on voting rights in Georgia.

In early November, we brought Isaiah Nixon’s daughter, Mrs. Dorothy Williams, and her daughter, Joi Williams, to Atlanta to meet with our students. Mrs. Williams’s account of the day her father was shot dead in front of her mesmerized the students. Three students made plans to go visit Montgomery County, where it all happened, just to see what they could find. I asked if I could tag along.

On the Friday before Thanksgiving, 2015, Emily Gaines, Ellie Studdard and Lucy Baker travelled with me to Montgomery County, Georgia, to conduct more research into the September 8, 1948, killing of Isaiah Nixon.

We started at the Ohoopee Regional Library in Mount Vernon, the county seat, where the students examined books that carry an inventory of where county residents have been buried over the decades. 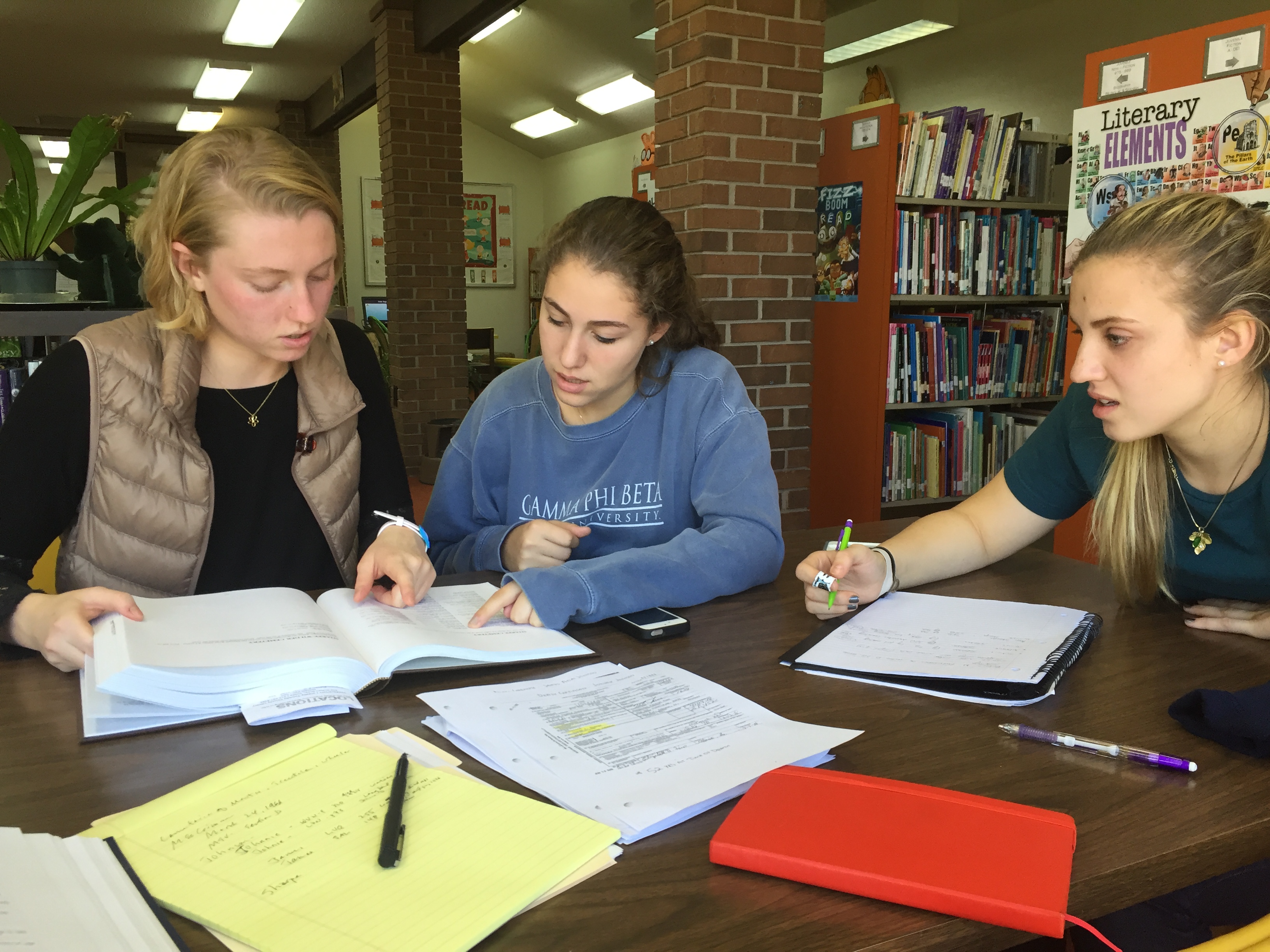 Then we headed to the office of the Montgomery County Superior Court Clerk, Keith Hamilton, who invited the students to plow through old records. Some of that involved climbing onto a ladder to then stand on top of filing cabinets to reach records that nearly touched the ceiling. 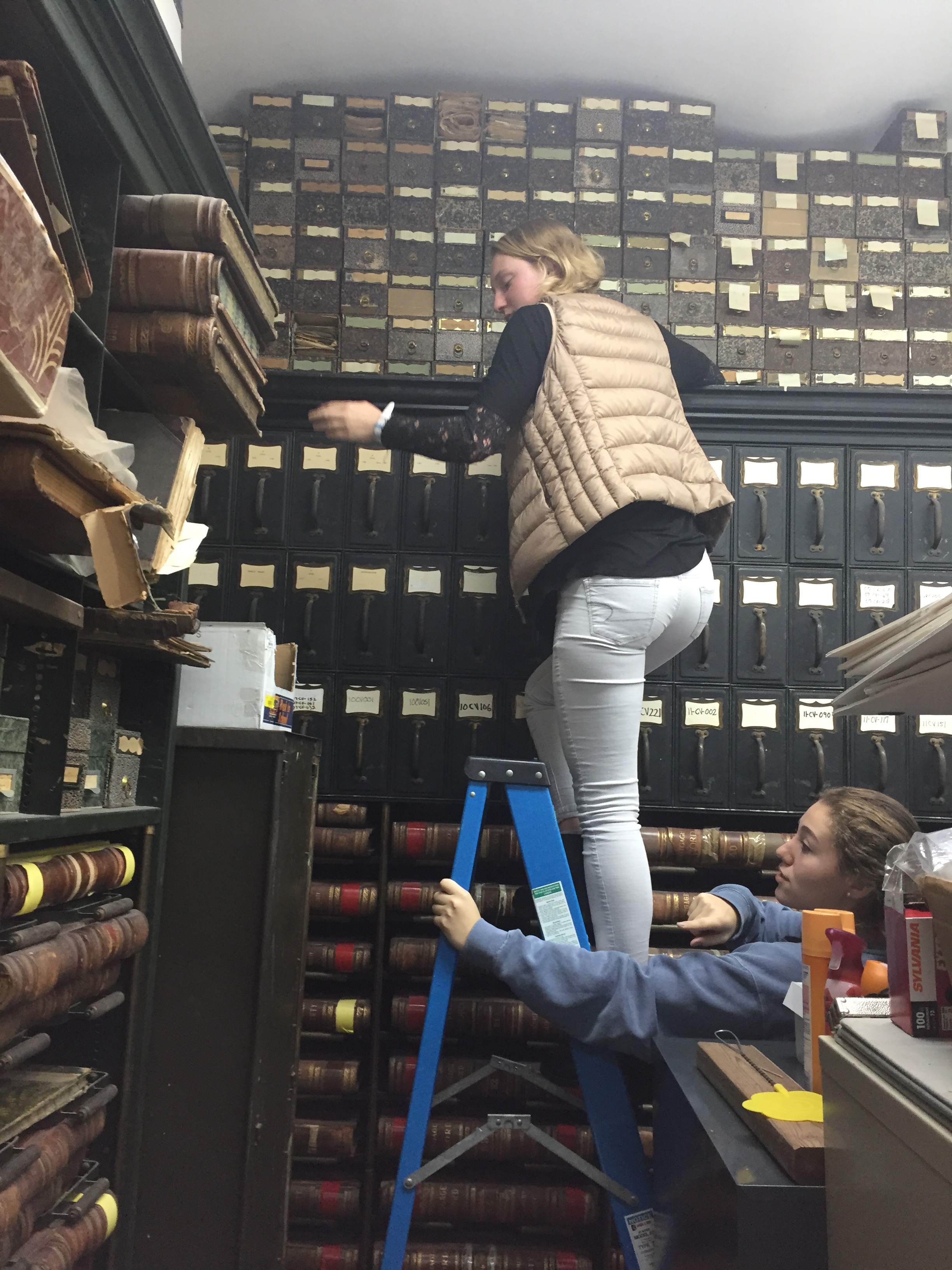 James Harris, whose father also had voted in the 1948 Democratic Party primary in defiance of a warning directed specifically at him by the sheriff-elect that day, met the students at the courthouse as they reviewed back issues of The Montgomery Monitor newspaper. The Monitor, the dominant weekly newspaper in the county, never wrote a word about the Isaiah Nixon case. 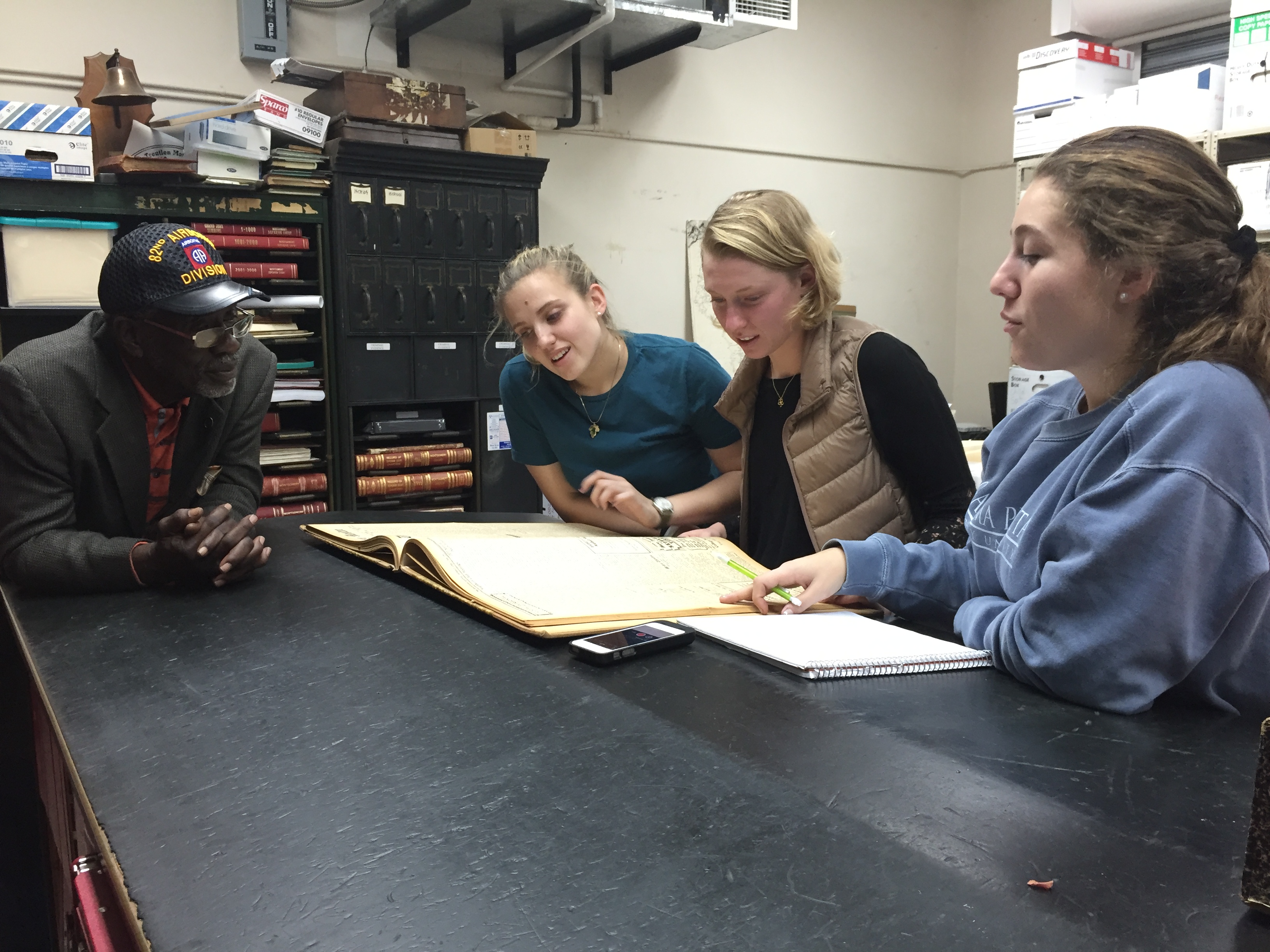 Though the students were aware that Isaiah Nixon’s gravesite had not been found for 67 years and was believed to be unmarked, they wanted to visit Old Salem Cemetery nonetheless, to soak up the atmosphere and to pay tribute to him. Mr. Harris said he would lead them to the cemetery, which was at the end of a long dirt road near the town of Uvalda.

The students quickly came upon a tribute to Mr. Nixon – an unmarked concrete bench that had been donated by the United Nations Educational Scientific & Cultural Organization – Transatlantic Slave Trade (UNESCO-TST) Florida and the Rosewood Heritage Foundation. That came after Chris Bridges, a law student participating in the Northeastern University Civil Rights and Restorative Justice Project, in 2013 found the original indictment of the two men who acknowledged killing Mr. Nixon, and the records showing the trial jury acquitted them after they claimed they acted in self-defense. (The sheriff insisted Mr. Nixon was killed for voting, the death certificate said “homicide,” and the narratives the FBI gathered made it clear that Mr. Nixon’s voting triggered the killing.) The bench had been placed about where the family imagined Mr. Nixon might be buried. 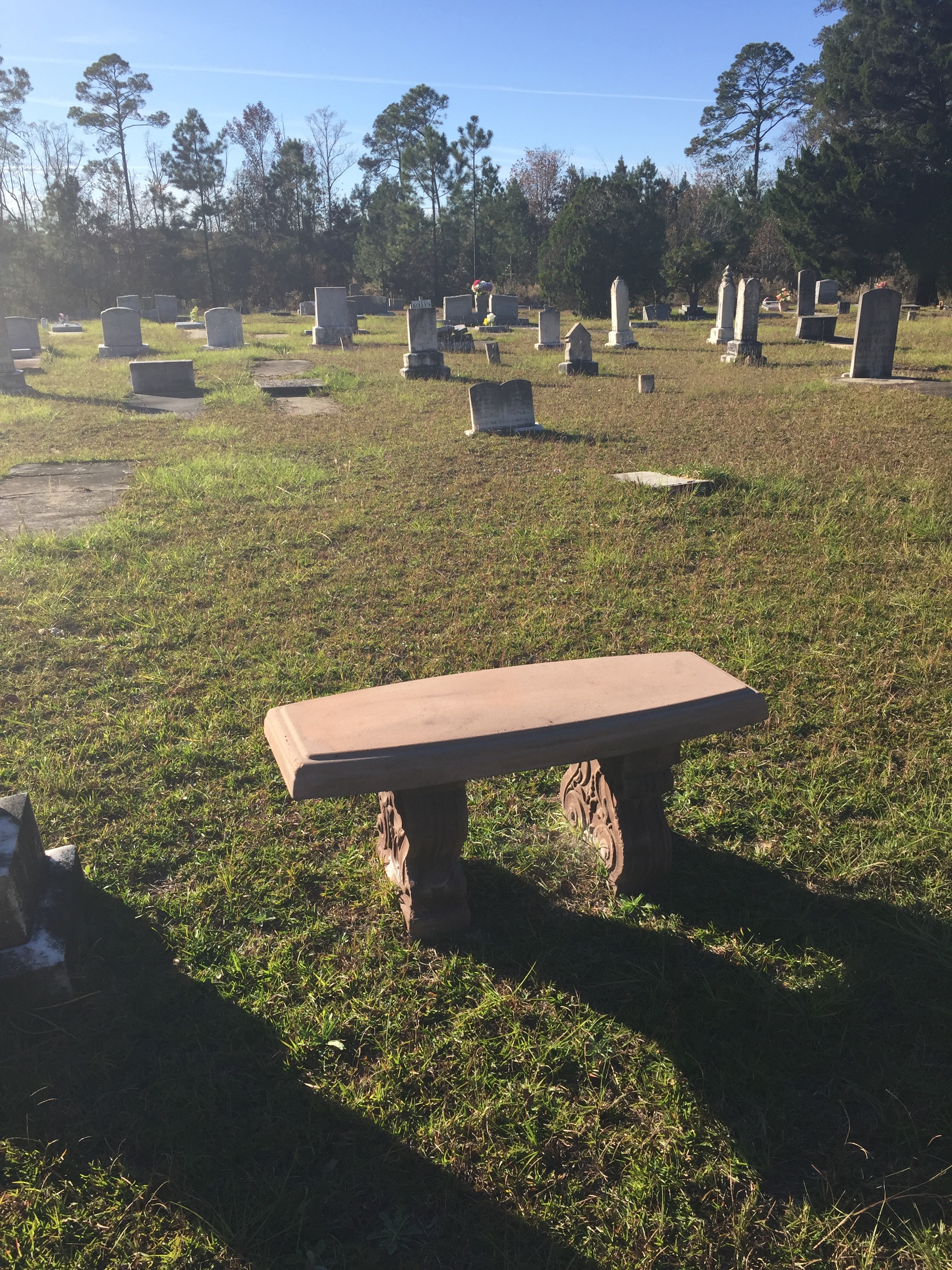 As Mr. Harris walked with Emily Gaines and me toward his father’s burial place, Ellie Studdard and Lucy Baker wandered near the cemetery’s perimeter, reading headstones.

Within a very few minutes, Ellie saw a headstone that had FATHER carved across the top, but no words on the headstone’s face where the deceased’s name usually is etched. Beneath her, on the ground, she saw evidence of a cement slab that extended from the headstone. The slab was covered by leaves, dirt, mud, tree limbs and debris.

But the leaves had blown off in a way that uncovered a corner of the slab, revealing something that quickly drew Ellie’s curious gaze: The crudely drawn letters I-S-A…

Below that, she saw the letters S-E-P…

You can hear her reaction and pronouncement here:

We hustled to the gravesite. With bare hands, bottles of water, paper towels and forefingers, the students and James Harris cleared the slab, dug out mud and saw they had discovered Isaiah Nixon’s gravesite. They grabbed water bottles from my trunk, paper towels from Mr. Harris’ and began washing away six decades of dirt and mud.

When they could do no more, they paused and tried to understand the meaning of their discovery, and the fragility of it. Speaking softly, lovingly, Lucy greeted Mr. Nixon’s re-emergence.

I called Mr. Nixon’s daughter, Dorothy Nixon Williams, in Florida, to tell her of the students’ discovery. Via telephone technology, I was able to show her the gravesite of her father. Mrs. Williams was nearly speechless and expressed enormous gratitude to the students.

On Jan. 28, Mrs. Williams came to Old Salem Cemetery to see her father’s gravesite with her own eyes for the first time since the day in 1948 when she attended his funeral. She kneeled at his grave, touched his name for the first time in 67 years, and began to cry. 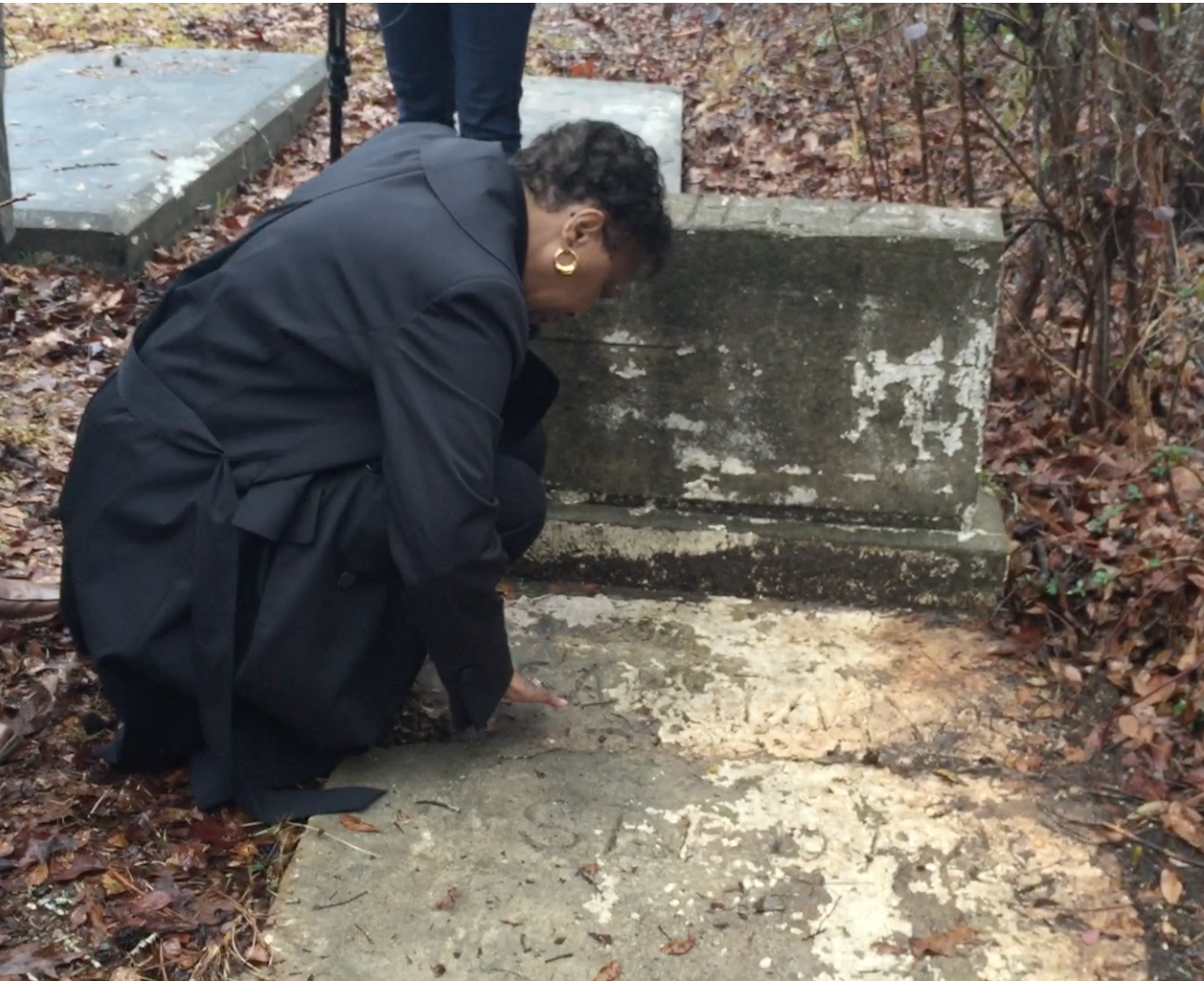 To see her remarks that followed, her expression that decades of anger had been lifted from her, watch the video below.