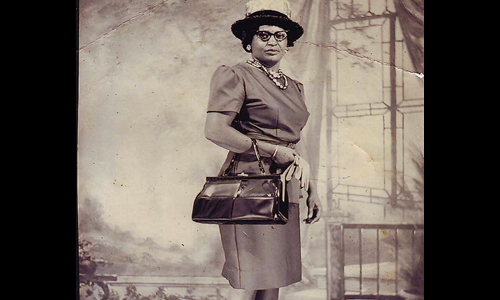 Through the Eyes of a Wife: Hattie Bell Brazier’s Account of Life Before and After Her Husband’s Death

Hattie Brazier was a seamstress, wife and mother of four children who, through a series of violent family confrontations with policemen in Dawson, Georgia, in the late 1950s, was moved to make bold, risky, heat-of-the-moment decisions that challenged the essence of white authority in the Jim Crow South.[1]

On a humid Monday morning of April 21, 1958, Hattie Bell Brazier, the 27-year-old wife of James Brazier, shrieked and ran to her nearly lifeless husband who sat slung over a chair, white slobber hanging from his mouth in a courtroom in the Terrell County Courthouse.[2] Dawson Police Chief Howard Lee, whose officers had arrested James Brazier the day before and beaten him, told Hattie Brazier to take her husband home and keep him in bed until the following Monday morning for his court appearance, as he was clearly physically and mentally incapable of participating in the current trial.

Hattie Brazier assembled family members,  packed them into the car and raced to Terrell County Hospital.  Upon arriving, Mrs. Brazier noticed Dr. Walter Martin on the hospital porch and pleaded, “Dr. Martin, will you come out here and look at my husband for me please?” James Brazier was lying on the backseat, virtually comatose. Martin opened the door and slammed it back after looking at James Brazier. “Ain’t nothing ailing him, nigger,” Martin said to Hattie Brazier. “…There ain’t nothing ail the nigger but drunk.”[3]

Dr. Charles Ward, an associate of Dr. Martin’s, had examined James Brazier the night before in the county jail after police had beaten Brazier while arresting him. Now, when Ward arrived at the Dawson hospital, he spoke privately with Chief Lee until Hattie Brazier, impatient, interrupted to say she was “going to take [James Brazier] out and take him to another doctor.”[4] Dr. Ward responded by taking James Brazier for an x-ray, Mrs. Brazier would later tell her attorney, Donald Hollowell. He then returned with a blunt and grim prognosis.

Hattie Brazier: And when he [Ward] comes out, he told me, he said, “It ain’t nothing I can for him, widow.”

Hollowell: “Nothing I can do for him” what?

Hollowell: Well, he wasn’t dead then, was he?

Brazier: No sir, he wasn’t but that’s the words he told me; but he said, “But I’m going to send him to a bone specialist in Columbus,” and he said, “I want you to go there just as fast as you can. He said “If you ain’t got your shoes, don’t wait to get them.”[5]

Despite calling Mrs. Brazier a widow when her husband was not yet dead, Dr. Ward suggested that James Brazier be sent to a specialist in Columbus named Dr. Louis Hazouri. James and Hattie Brazier’s daughter Verda later would say that the drive to the hospital was 60 to 70 miles but Hattie Brazier, driving as fast as she could, arrived at the Columbus hospital in only half an hour.[6] For the duration of the ride, her husband lay still with his head in the lap of his pregnant sister, Sarah Brazier.

The doctors in Columbus would not allow Hattie Brazier to see her husband, She had to spend most nights sleeping in the car outside of the hospital, but one of the nurses let Mrs. Brazier spend a night at her nearby house. James Brazier died that Friday, April 25. Hattie Brazier was not notified of her husband’s death until that evening via a telephone call.

After the Washington Post and Times Herald introduced the story of James Brazier’s death to the country on June 8, the U.S. Justice Department attempted to prosecute the police officers who had beaten him when he was arrested and again – federal investigators believed – in the middle of the night when police officers took him from the Terrell County Jail.  On August 8, after hearing testimony from around twenty witnesses over the course of five days, a federal grand jury in Macon, Georgia, issued a “no bill” against the officers, refusing to indict. The decision frustrated Hattie Brazier as well as the recently formed Civil Rights Division of the Justice Department.

Hattie Brazier had one option left. With the aid of two of the most eminent and high-profile black civil rights attorneys in Georgia, Donald Hollowell and C.B. King, Hattie Brazier could sue for the price of her deceased husband’s life.

Hattie Brazier filed a $170,448 civil rights damage suit on April 19, 1960 against Dawson police officers Randolph McDonald and Weyman Cherry and Sheriff Zachary T. (Zeke) Mathews of Terrell County because she considered them responsible for the death of her husband. Almost exactly two years earlier, on April 20, 1958, Hattie Brazier had stood, screaming, in her front yard as Officer Cherry beat her husband in front of their children and neighbors. After James Brazier’s death, Hattie Brazier moved to nearby Albany with two of her children, because, according to her daughters, she felt like she had to leave Dawson because of harassment from the police and from white neighbors.[7] Even after James Brazier’s death, the Dawson and Terrell County law enforcement officials had hounded and intimidated Hattie Brazier and her family. In 1959, Dawson police officers had trekked half an hour’s drive to Albany to arrest her for allegedly stealing her father-in-law’s “power mow,” which Hattie Brazier actually owned.[8]

That year, perhaps in response to word that Hattie Brazier was considering further legal action against the officers, Sheriff Mathews had had a talk with the widow. Mathews showed no sympathy for her husband’s death.

“A nigger like you, I feel like slapping them out,” he told her when he encountered her that year. “You niggers set around here and look at television and go up North and come back and do to white folks here like the niggers up North do, but you ain’t gonna do it.

“I’m gonna carry the South’s orders out like they oughta be done,” the sheriff continued.[9]

From February 4-8, 1963, Hattie Brazier faced these men in the federal district court of Americus, Georgia. Attorneys Hollowell and King battled with the attorneys for the defense, examining witnesses in front of the jury, Judge J. Robert Elliott, and a courtroom audience. The case was well known in southwest Georgia because it was a rare attempt to obtain justice for the death of an African-American at the hands of white men. This lawsuit was inspirational to the budding local civil rights movement particularly because the Terrell County and Dawson police department had built an intimidating reputation over recent years for racial violence.

On February 8, after not much more than an hour of deliberation, the jury found the officers not responsible for James Brazier’s death. In a post-trial interview with the Baltimore Afro-American, Hattie Brazier said, “If I never get a penny out of it, I think this case has done some good. It has exposed the way police in this part of Georgia operate and what they can do without being punished.”[10]

Although Hollowell and King filed a motion for an appeal and a transcript of the trial was produced, they never pursued the appeal; the record does not indicate why. Hattie Brazier wrote Donald Hollowell in 1966 to ask for her husband’s bloody clothes, which had been tendered as evidence in the 1963 trial. She wrote that she had since visited Dawson, and did not think that her lawsuit had done the good she had hoped it would. She had been told, she wrote, that local police officers had killed five more blacks since her suit.

“The only thing I believe will stop [the law officers] is the lord,” she wrote Hollowell. “He got time set for every person that do each other wrong.”[11] 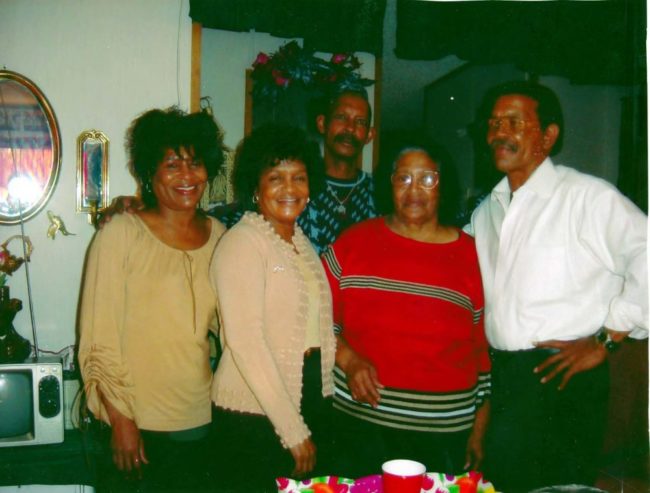 Hattie Bell Brazier risked intimidation and stigma for daring to testify against white southern policeman for the death of her black husband. Much like Mamie Till Bradley, whose son Emmett Till had died in a highly publicized 1955 lynching, Hattie Brazier had willingly risked exposure in order to seek justice for her loved one.[12] Mrs. Till uncovered her son’s death to a shocked nation by having a well-publicized open-casket ceremony for her son’s mutilated body, while Mrs. Brazier underwent a five-year legal attempt to bring the alleged killers to justice. Both women’s actions drew attention to a long history of black women’s vulnerability at the hands of white men.[13]

“By speaking out, whether it was in the church, the courtroom, or a congressional hearing, black women used their own public voices to reject the stereotypes used by white supremacists …”[14]

Hattie Bell Brazier proved herself to be a strong woman through the arrest, beating, and death of her husband. She broke social norms that she had once adhered to in order to fight for the justice of her husband, family, black women, and African Americans as a whole during the Jim Crow era.  Although her efforts did not bring about the result she had hoped for, she successfully brought awareness to the wrongdoings of white police officers in Terrell County.

— Edited by Kate Tuttle, with supplemental research and editing by Mary Claire Kelly and Hank Klibanoff