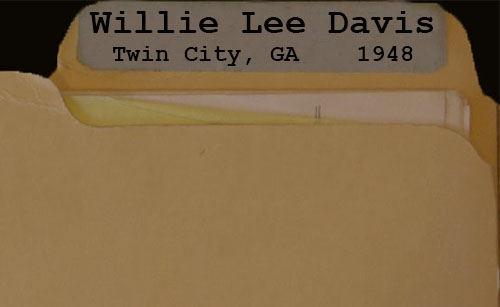 Police Chief James Mitchell Bohannon of Summit, Eamuel County, shot and killed Army Corporal Willie Lee Davis at a juke joint on July 3, 1943. Davis, 26, had been on a two-week-long Army furlough and was visiting his mother. Bohannon, apparently responding to a call at the roadhouse, attempted to search Davis. When Bohannon put his hands on Davis, Davis objected. The two began to fight, and Bohannon shot Davis as he ran down an alleyway. When local authorities would not take action, the War Department initiated an investigation and U.S. Attorney J. Saxton Daniel pressed federal charges. But the recently decided case “Screws v. United States,” which involved the killing of a black man by the sheriff of Baker County, Georgia, set a precedent that the Davis case was unable to meet. No other legal action was taken against Davis’s killer.