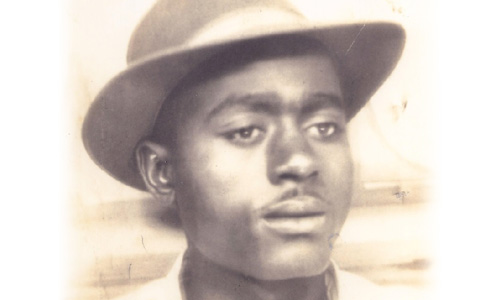 Isaiah Nixon was shot in his front yard in front of his wife and six children in Alston, Montgomery County, on Sept. 8, 1948, after voting in the Georgia Democratic primary. Two white men, Jim A. Johnson and Johnnie Johnson, arrived at the Nixon home in the evening to confront him. They ordered Nixon to take a ride with them. When Nixon refused, Jim Johnson shot him three times. The NAACP quickly took up the case and it received local and national publicity. The two brothers were quickly arrested and charged by a local grand jury, one with murder and the other with being an accessory to a murder. The Johnsons said they acted in self-defense. After an all-white jury acquitted Jim Johnson, the prosecutor decided not to pursue the case against his brother.

After Mr. Nixon’s burial in a remote cemetery in the woods, the traumatized Nixon family fled to Jacksonville, Florida. Over time, Mr. Nixon’s grave became covered in dirt, leaves, and fallen branches.When the family could finally return to the cemetery, they could not find his gravesite. In November, 2015, after meeting with Isaiah Nixon’s daughter, Dorothy Nixon Williams, who was six when she saw her father gunned down, students in the Georgia Civil Rights Cold Cases class at Emory University drove three hours, visited the cemetery, began walking the grounds – and found Mr. Nixon’s burial place.

In January 2016, Mrs. Williams invited the students to join her in her first visit to the cemetery since their discovery. She saw her father’s name etched in cement for the first time in 67 years. She kneeled down to run her fingers across his name. Then she spoke.

For an overview of the Isaiah Nixon murder and case, click here.

To learn more about the search for Isaiah Nixon, click here.

For more on the Emory students’ discovery of his gravesite, watch the video below.